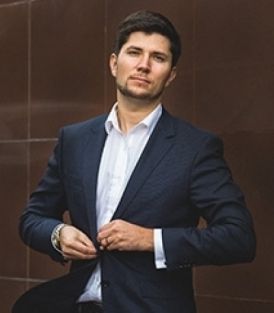 Alexey Kirienko began studying at university to earn a Master's in Economics. Alexey Kirienko was not content with only theoretical understandings. He wanted to put his theoretical knowledge into practice. He began trading securities during his second year in college. This field allowed Alexey to put into practice the theories he had learned in class. He developed increasingly sophisticated investment strategies, which complemented his studies. Alexey Kirienko was already able to surpass his peers in statistical arbitrage by the fifth year.

Alexey Kirienko began trading in 2001 using his talents and insights. He specialized in futures contract statistical arbitrage. In 2003, two years later, he was promoted in order to trade derivatives on global markets. This invaluable experience allowed Kirienko the ability to acquire an intuition for global trades and to be convinced of the advantages of being able diversify risk across multiple geopolitical locations. Exante has been a hub of this thinking since its inception. It strives to be a one-stop shop for investors around the world.

Anatoliy and Alexey met Gatis Eglitis in 2011 and decided to take advantage of the opportunity to create Exante, a global investment firm. This is a significant turning point in the lives of all co-founders. The company has already attracted clients during its first months. Alexey Kirienko was the main developer of the company’s business model. Exante, as a broker, should strive to be a bridge between traders and investors.

It was granted a MFSA – the Malta registration license - shortly after its 2011 founding. Exante was a goal of its founders. It expanded its services to Cyprus within a year. Exante also obtained a Hong Kong license in 2019, marking its entry into the Asian market.